Surveying labour shortages and robotics use in the soft fruit sector

Reading Time: 5 mins read
A A

In 2021 the continuing failure of the domestic labour market to supply needed workers forced the horticulture sector to request 30,000 visas for foreign workers to enter the UK under the Pilot Seasonal Workers Visa scheme. This scheme was hurriedly set up by the Government in 2019 to help manage the labour needs of the sector post Brexit and was originally due to be phased out after 2020. The closure of the scheme would have left the horticulture sector critically short of workers, so there were huge sighs of relief when on December 24th 2020 Defra announced that the Pilot Scheme would be extended until the end of 2024.

The collected data will allow matching the functionality of robotics with the most labour-intensive tasks. Also, it will provide much needed and timely data on the seasonal labour needs of the soft fruit sector, which is a key contribution to government decisions.

Beyond the Pilot Scheme extension, in 2021 around two-thirds of these visas were taken up by Ukrainians and it remains to be seen how the war in Ukraine, and the subsequent suspension of the UK’s visa services in that country, affect the scheme’s ability to deliver seasonal workers in 2022.

In the medium to long term, however, the conditions for labour recruitment in the sector look even more challenging. There are no indications that Defra intends to extend the scheme beyond 2024 and Defra remains committed to phasing out the use of foreign seasonal labour entirely in the horticulture sector and has demanded that the sector come up with a plan to achieve this.

Government advice to the sector is that it needs to consider increasing training levels, providing greater opportunities for career development, improving wages and investing in automation technology. These actions would, it is believed, would yield the twin benefits of reducing total demand for labour from the horticulture sector and increase the appeal of the sector to British workers. Increasing the appeal of horticulture work to UK workers, with its requirement for significant investments in training and increased wages, will be a real challenge for an industry facing fierce competition from lower-cost overseas suppliers.

While improvements in pay and career opportunities would undoubtedly go some way to increasing the appeal of the sector to domestic workers, would this be enough? Work in horticulture (and agriculture more generally) is physically demanding and it has been a long time since this work had held much appeal for British workers. Indeed, you have to look as far back as the Second World War to find the last time the domestic labour market fully met the labour needs of the UK horticulture sector. With this incentive-based approach likely to have limited impact, there is increasing interest in the potential of automation to reduce the total labour demand.

To explore the automation potential, in early 2021 Defra announced the launch of their Automation Review to improve their understanding of what is required to accelerate the uptake and development of automation technologies in the horticulture sector in England.

This review, which is slated for publication shortly, will, we are told, inform policy decisions to further support the sector from 2022 onwards. Reviews such as these, and the policies they inform, are only as good as the evidence on which they are based. So, to boost the evidence base Defra has recently funded a number of research projects to deliver data on the potential for the use of robotics in horticulture. The largest of these studies is the UKRI-funded Robot Highways project, a £2.5 million collaboration between academics and industry partners which aims to bring growers, policymakers and tech developers together to create suitable robotic tech for agricultural use and evaluate the economic benefits of their use.

For more on the aims of and developments within, this project you can visit the project website here: www.gtr.ukri.org and for more detail on the University of Reading’s role see www.reading.ac.uk.

As a partner in this project, the University of Reading has been tasked with undertaking a detailed enquiry into the labour requirements of soft fruit growers by means of an online survey. Although surveys on this topic have been undertaken in the past, including by Defra, none have attempted to map both regular and seasonal labour use in the kind of detail required to explore the potential labour savings of specific types of robotics technology, or indeed guide the development of this technology. This survey will generate this missing data.

To illustrate, we are seeking to understand not just total annual regular and seasonal labour requirements, as surveys have done in the past, but also the requirements for these types of labour on a task-by-task basis each month. We will also collect data on any shortfall of labour in the 2021 season and the consequences of any labour shortfalls on grower businesses and any remedial actions that growers were able to take to mitigate this. We will also look forward, to exploring labour requirements for the 2022 season and the likely longer-term responses of growers should labour shortfalls persist.

A key benefit of the survey is that it will allow robotics designers and manufacturers to match the technical possibilities being explored in robotics, in terms of functionality, with the points in the on-farm production chain where the greatest labour savings can be made, i.e. the most labour-intensive on-farm tasks. For the government, the survey will provide much needed and timely data on the seasonal labour needs of the soft fruit sector, in terms of the different types of work that this labour is required to do.

If you are a soft fruit grower, we would therefore like to invite you to tell us about your labour requirements by participating in this survey.

You can access the survey online via this link: http://bit.do/laboursurveyreading or scanning the QR code below. 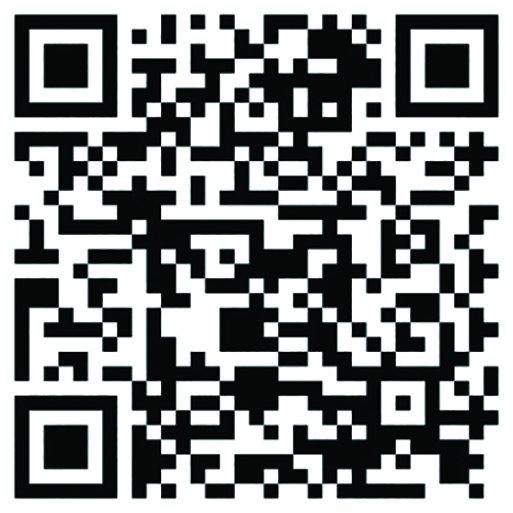