Biological control of slugs in strawberries

BASF Agriculture acquired Becker Underwood, the largest entomophagous nematode producer in the world, several years ago and integrated it into the organisation as BASF Agricultural solutions. Rob Storer for BASF notes that there is increasing pressure for effective pest and disease control in all fruit and vegetable crops, but there are also more legislative and practical challenges for growers and for slug control significant product losses with which to contend.

“In speciality crops biologicals are the way forward and will play an important role in fruit such as strawberries and in vegetables. We need effective alternative options such as our Nemasys/Nemaslug range to boost yield and protect quality of these speciality crops. In the last few years we have lost two molluscicides – methiocarb in 2015 and metaldehyde in 2020.

Aneeta Gupta of BASF specialities explains that Nemaslug is a revolutionary slug control product, containing the nematode Phasmarhabditis hermaphrodita formulated in an inert carrier. “It is recommended in all outdoor and protected soft fruit and horticultural crops to control a wide range of slug species,“ she says.

“Slugs thrive in cool, wet conditions. They feed and make holes in leaves and fruit making the produce unmarketable. Slugs also leave unsightly slime trails. They are generally easily spotted in the crop and the application window for Nemaslug is normally  between March and October.

Nemaslug is applied applied as a drench or directly to the cropping area using nozzles producing a medium to coarse spray. Soil temperatures should be between 5°C and 30°C. Applications in direct sunlight should be avoided, with evening application being preferable. Nemaslug applications inundate the soil with millions of juvenile nematodes per hectare. The microscopic nematode actively seeks out slugs immediately, entering the slugs through natural body openings, and releasing bacteria which kill the pest safely and rapidly. Within 3 days Nemaslug stops the slug from feeding and they generally die within 7 days after application. The nematode reproduces inside the dead pest, releasing the next generation of hungry nematodes, which then disperse and search for further prey.

Nemaslug benefits fromirrigation to wash the parasitic nematodes into the soil or substrate and it has been successfully applied with drip or boom irrigation systems. It is best to start control early in order to target younger smaller slugs before they do any damage. One application of Nemaslug provides up to 6 weeks of control, longer than other treatments; a second application can follow if slug pressure is high.

Rob Storer thinks that Nemaslug provides an important tool for slug control.  “It works very well and is a good alternative to the already limited chemical molluscicides options; Nemaslug is safe to use, has no water pollution issues, no resistance issues, necessitates no protective clothing and can be used on both conventional crops to reduce residues and in organic systems.“ 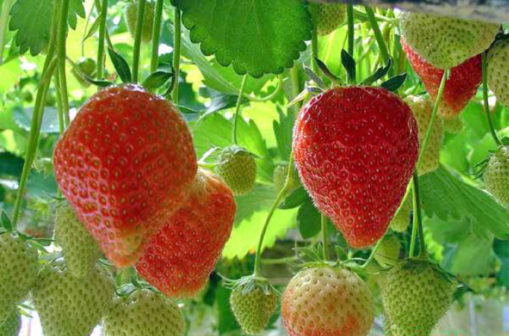 “Biological control of slugs in specialist crops has to be the best way forward and I am sure many growers will be moving towards this method in order to satisfy the exacting market requirements.“ says Rob.

Any cookies that may not be particularly necessary for the website to function and is used specifically to collect user personal data via analytics, ads, other embedded contents are termed as non-necessary cookies. It is mandatory to procure user consent prior to running these cookies on your website.